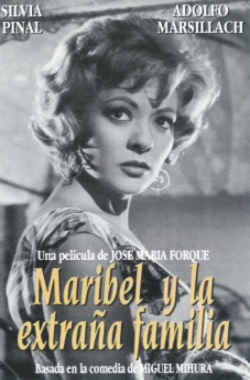 Maribel and the strange family

Maribel and Marcelino come from completely different worlds. He is an innocent and shy guy who owns a chocolate factory in a small town and who still lives with his mother and aunt. She, however, is a prostitute who has lived more than she had wanted. One day they are in a nightclub, they fall in love and decide to marry. When Marcelino presents her to his family, his aunt and his mother welcome her from the first moment, but they do not know yet the true profession of the young girl.

Based on the play by Miguel Mihura.

Winner of the Prize of the National Syndicate of Spectacle 1960: Best Supporting Actress (Julia Caba Alba)