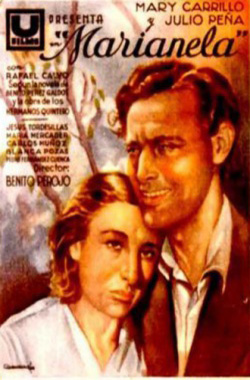 Marianela, an orphan and ugly girl who was charitably taken in by a family, spends his time caring for Paul, blind from birth and son of the owner of the mines. Through Marianela, the young man gets to imagine how the world is, and falls in love with his caregiver, whom he thinks is very beautiful. She loves him too but she does not want him to know how she is.

Based on the novel by Benito Pérez Galdós.

Winner of the Biennale Cup, at Venice Film Festival 1941