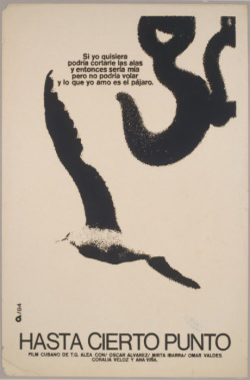 Up to a certain point

Oscar, screenwriter of a film about "machismo" and Arturo, the director, choose the port of Havana to prepare their plot thinking that there is where machismo has its deepest roots. Lina, worker at the port, fits the thematic pretensions of the script. It is thus established a dialogue between Oscar and Lina that becomes a loving relationship.

Winner of a Bronze Award, at Damascus Film Festival 1985