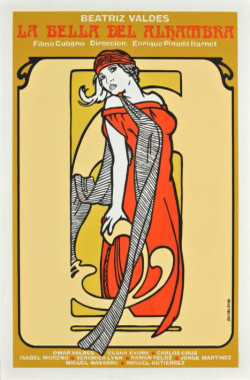 The beauty of the Alhambra

Havana, 1920. Rachel works as a chorus girl in a seedy marquee, where she is offered only one possibility: to be a prostitute. But she dreams to be the beloved wife of one man and to be a real artist. The Alhambra Theatre, a very peculiar place for single men will be her goal. Rachel, torn between love and fame, will become La Bella del Alhambra.

Based on the novel "Canción de Rachel", by Miguel Barnet.