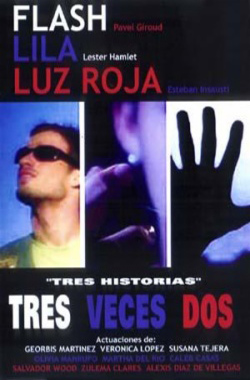 Film consists of three stories: Flash, by Pavel Giroud, in which a photographer sees strange apparitions in his photographs, made with a camera that a friend has lent to him; Lila, by Lester Hamlet, about the forbidden love between two young people; and Red Light, by Esteban Insausti, about two characters who start an affair after meeting by chance at a stoplight.