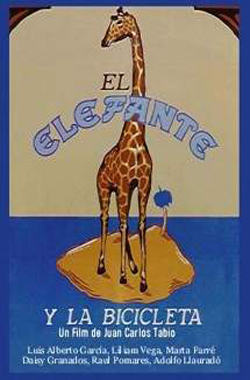 The elephant and the bicycle

A young man who intends to make a fortune to marry Marina Soledad, his teenage love, brings the cinema for the first time to a small island. The island is connected to the mainland by a fragile wooden bridge, which is cut off after the first screening, as happens in Robin Hood, the only film brought to the island. From that moment the imagination of the people and their desire to know and transform reality promote a magical mechanism by which each projection will bring a "different" film that reveals secrets and needs of their lives.

Co-production between Cuba and United Kingdom.