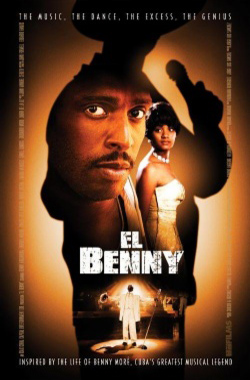 Just arrived from Mexico where he consolidated his career in the late forties, Benny Moré is the artist who, through music and dance, makes delirious the crowds. A wealthy politician hires him to offer an electioneering dance. The wear of betrayal makes him fail in his efforts to assemble the jazz band and he breaches the contract. Frustrated and under the excesses of alcohol and sex, his life is thrown into disarray.

Nominated to a Golden Leopard, at Locarno International Film Festival 2006