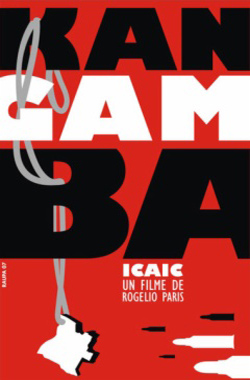 Africa, Popular Republic of Angola. August 1983. Thousands of UNITA troops - trained and armed by the racist South African army - launched a violent offensive against forces of FAPLA - loyal to the Angolan government - and a group of Cuban advisers, FAR combatants, stationed in Kangamba , a small town located south of the country. During more than a week, an unequal battle takes place, which also hit the innocent civilian population . FAPLA and FAR troops try to resist and prevail, but paying a high price, as victory, sometimes, can have a bitter taste.

Co-production between Cuba and Angola.