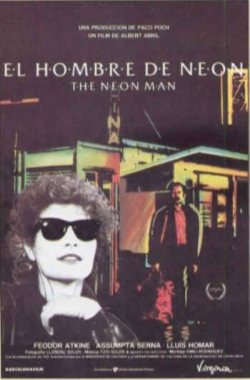 David is an electrician who fixes lighting installations on the roofs of high buildings in the city. One day he gets hit by a radio mobile unit. Lynda, the radio announcer, phones him to offer a mysterious job: to pick up a package in exchange for a lot of money. He gets badly hurt, his arm broken, and taken to Rosa’s, a prostitute. When he recuperates, Lynda insists that he goes for another package. He accepts and he is hurt once again. After recuperating this time he receives a videotape of Lynda asking him to pick up a package, this time promising that someone called Jordi, a key man in this whole affair, will be there. While waiting in a specified place on a beach, he is attacked by a gun fire from a small plane. Later Fran, a police detective, explains everything to him. David has been the victim of a mafia band. On Jordi’s order, Lynda was sending him to substitute mafia bosses who physically resembled to him and who had to be eliminated.