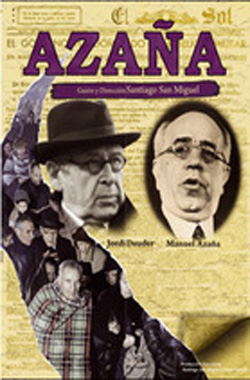 Who was this man, unknown today to most Spaniards: Manuel Azaña, writer and politician, Prime Minister and finally President of the Second Republic?

July 17th, 1936: military revolt began in Melilla. In less than 24 hours, they took place in the presidency of the Government: Casares Quiroga Martínez Barrio and Giral; it was Giral who, undoubtedly authorized by Azaña, decided to approve the arming of the militia. For Azaña, it meant the failure of the Republic that it had to be defended by taking up arms.

Winner of an Award at Gaudí Awards 2009: Best performance by an actor in a leading role (Jordi Dauder)