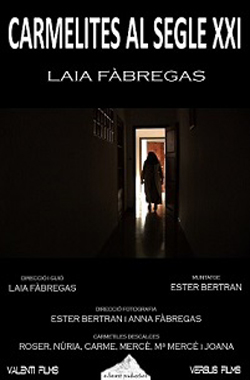 Carmelites in the XXI century

St. Teresa of Avila (1515-1582) was a writer and founder of the Order of the Discalced Carmelites. The year 1562 founded the first convent in Avila, San Jose. In total she founded 16 convents for women and 14 for men.
In 1580 got the Discalced Carmelites have the recognition of the Holy Father, then it became an independent monastic order.
She was canonized in 1622, and in 1970 she was the first woman proclaimed Doctor of the Church.
In 1934, the congregation of Discalced Carmelites of Girona started, or as they are popularly known, enclosed nuns.
In a cinematic document we have collected the testimony of the six sisters in the Girona convent. The eldest is ninety-three, all of them are retired.
Each of the sisters, part of this congregation, felt the calling to serve God differently. Through prayer and meditation they have reached Him... The main activity of a nun of this order is prayer.
It has given as valid the legend that the enclosed nuns are in the convent as in a prison. This documentary shows that this group of six sisters teach us that freedom is within ourselves, and they get it through prayer, meditation and contemplation.