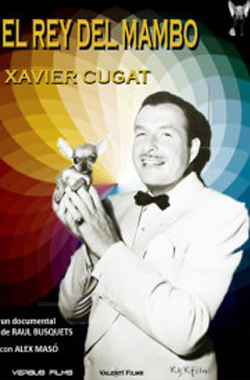 Xavier Cugat was born in Girona on January 1, 1900 and was buried in Girona in 1990, emigrated to Cuba at the age of four and to New York at the age of eighteen, and then to Hollywood. At thirty years he directed a short film with stellar figures and thereafter he did not stop having success.
He was related to Charles Chaplin, Greta Garbo, Mary Pickford, Douglas Fairbanks, Rudolph Valentino, Frank Sinatra, Salvador Dalí ... He drew caricatures with extraordinary skill.
He spent the last years of his life in Barcelona, Lloret de Mar, Girona and Olot.
Everyone remembers him with great admiration. His seduction skills, a result of his musical sensibility, kept up to ninety.