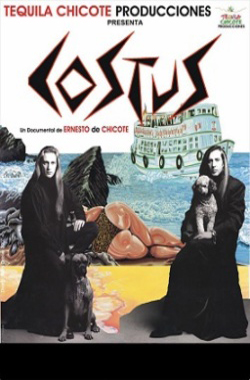 LA MOVIDA MADRILEÑA was a burst of energy, vitality, pleasure and joy which aimed for an aesthetic and ideological change to go with the new times Spain was experiencing after Franco’s death. Spanish artists started to mix work and life looking for beauty and enjoyment. It was thanks to this attitude and to some artists’ work that Spain reached the top of the artistic and cultural avant-garde. Madrid became a city which set trends in life and art. Worldwide recognition of ‘La Movida’ was huge; however, it didn’t have the same effect on everyone. Due to illness and excess, many of the artists who worked in Madrid during ‘La Movida’ couldn’t see their efforts rewarded, and their memories have faded little by little; such is the case of Juan José Carrero (1955-1989) and Enrique Naya (1953-1989) , better known as Costus, who together created an artistically innovative and surprising pictorial work.