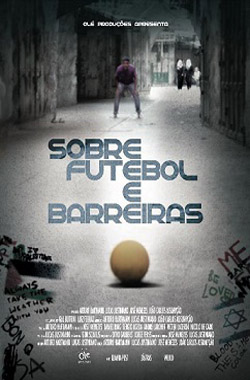 The documentary film "Football and Barriers" launches a new look at the Israeli-Palestinian conflict, one of the hubs of international relations, having the football World Cup as a backdrop. Filming took place between May 25th and July 17th, 2010. The movie proposes a discussion on the national identities embedded in the conflict during the World Cup in South Africa, and how Israelis and Palestinians followed and related themselves during the biggest sporting event in the world.