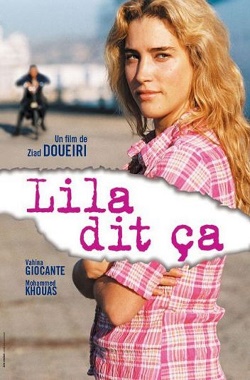 Lila is sixteen years old, she has innocent eyes and an angel beauty, so when she asks softly, "Do you want to look under my skirt?", the effect she causes is devastating: sensuality with capital letters. Lila, who has just moved with her strange aunt to a poor neighborhood with an Arab majority, meets Chimo, a quiet boy with literary talent. Chimo and Mouloud are the leaders of the local band. Lila plays with Chimo, she stuns him with vague promises and procacious language. Mouloud also enters the game, but he is more rude than his friend and much less manipulative than him.

Winner of the Audience Award, at Mons International Festival of Love Films 2005

Nominated to a Golden Star, at Marrakech International Film Festival 2004

Nominated to the Grand Jury Prize, at Sundance Film Festival 2005