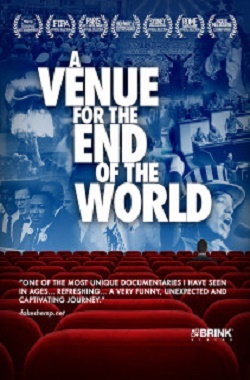 A venue for the end of the world

What does it feel like to have half a million people in the palm of your hand?

Haunted by uncanny similarities between Nazi stage techniques and the showmanship employed by modern entertainers, a filmmaker investigates the dangers of audience manipulation and leader worship.