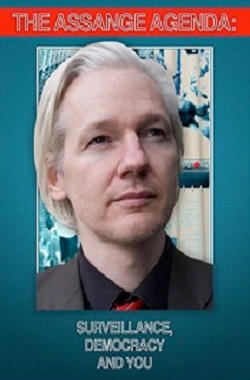 Is the end of privacy upon us… now? What rights do we have in a world where individuals are under electronic surveillance 24/7? Who really controls the agencies that spy on us? Seeking to explore this unprecedented crisis democracy faces, we hear from key experts including former CIA Officers and whistle blowers, academics and political experts to search for answers to these questions.

The Assange Agenda is a provocative film that has experts looking deeper into the issues that Julian Assange is pursuing in his aim to enter politics. What does Julian Assange really stand for? Is he symbolic of a much bigger issue?

As the co-founder of WikiLeaks, he has taught us that not all national secrets need to be kept from us and some are outright scandals that we should know about. The Assange Agenda documentary was made to explain Assange’s philosophy, politics and policies as well as the broader context of online surveillance where privacy and piracy meet head on. The internet is an endless network of people, information and knowledge. On the one hand there has never been such vast potential for the collective communication of information and ideas whilst, on the other, our communications have never been so closely monitored.

But as we are finding out, everyone who goes online or uses a telephone is under surveillance. Edward Snowden’s leaks of the NSA activities confirm that governments have been collecting our private conversations ,emails and any online activity on a mind-bending scale.

Are we witnessing the end of personal privacy? Can privacy be protected in the information age? Are we at a turning point in history in which we are choosing between a Big Brother culture or unprecedented levels of exposure publicly and privately?