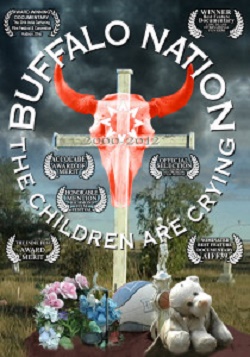 Buffalo Nation: the children are crying

Buffalo Nation tells the story of the Lakota Nation from their hearts and minds. The Lakota Sioux (and many other indigenous Nations) are forced to live on the “Reservation,” a designated prisoner of war camp. This movie is a saga of displacement, neglect, deprivation, abolishment of traditional beliefs, language, mores and culture. Yet, despite the many challenges, the Lakota will not give up!

Buffalo Nation is their story and is told by the Lakota People themselves.