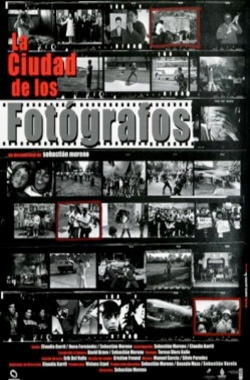 The city of photographers

During the period of the Pinochet dictatorship, a group of Chileans photographed protests and Chilean society in its most varied facets. In the street, to the rhythm of the protests, these photographers were formed and created a political language. For them to photograph was a practice of freedom, an attempt to survive, an alternative to be able to continue living. They represent the inhospitable past of Chile and the metamorphosis of Chilean society. This movie talks about them.

I Festival of Social Cinema of La Pintana 2007, Best Documentary