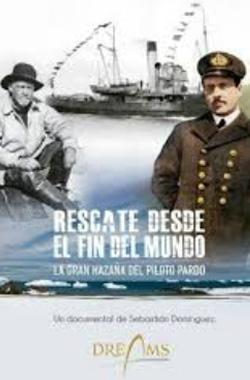 Rescue from the end of the world

The documentary tells the story of the heroic feat of Piloto Pardo and the risky rescue of the British expeditionary crew of Ernest Shackleton from Elephant Island in Antarctica. The film shows from the air and a boat dramatic images of the locations where these events occurred. Also, unknown images of other expeditions of the time are shown.