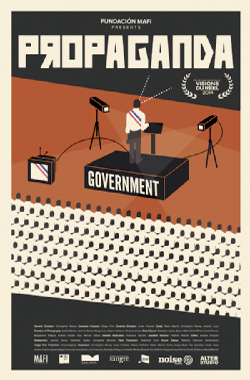 Propaganda is a follow-up to the Chilean presidential campaign in 2013, in the midst of the most important social unrest in recent years. It proposes a visual journey through the most singular corners of the election, inviting us to reflect on the complex relationship between political class and citizenship, through the eyes of different filmmakers in the country.