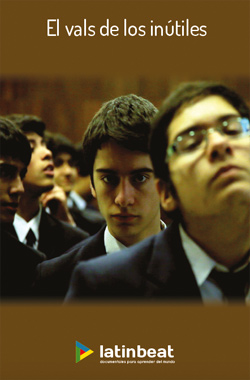 Darío is a student who just lost the year at the National Institute after spending months in jail. Miguel Ángel is a successful businessman who during the Pinochet dictatorship was imprisoned for being considered a terrorist. During the social mobilization that erupts in 2011 in Chile, both decide to run with thousands of people around the Palace of La Moneda demanding free and quality education.