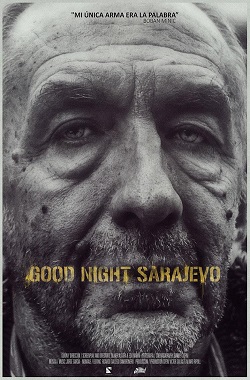 Good Night Sarajevo is the story of a voice. The voice of the Bosnian journalist Boban Minic and Radio Sarajevo during the siege of his city in the Bosnian war. A voice that night after night moved its listeners away from the brutality. Boban Minic decided to stay in Sarajevo to defend his city and become a soldier without a rifle. His only weapons were words.