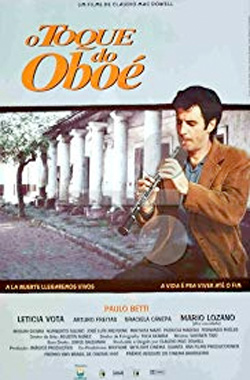 The call of the oboé

A strange person arrives at the train station of a small town, loaded with his oboe, instrument of which he does not separate. Aurora, hires this Brazilian man to accompany with his melody the projections of silent films and the result turns out to be even better than expected. His music envelops the locals with a spell difficult to define with words and forever change their routine lives.

Co-production between Paraguay and Brazil.

Winner of the Audience Award, at the Miami Brazilian Film Festival 1999

Nominated to a Golden Kikito Award, at the Gramado Film Festival 1998: Best Film