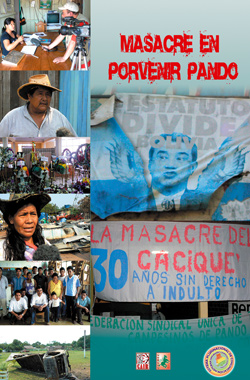 A work based on the lucrative events of September 11, 2008 in the Pandina population of Porvenir, when more than 50 people were killed and disappeared by followers of the former Prefect of Pando, Leopoldo Fernández, and by sectors of the extreme right of the country. At the juncture of the Prefectural Civic Coup between the months of August and September, this testimonial documentary takes us to the scene and allows us to listen to the victims of this bloody event.