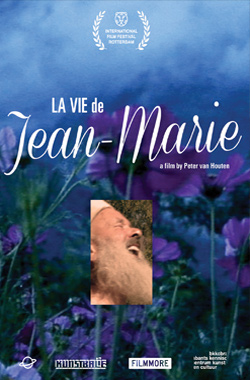 For six years Peter van Houten follows Jean-Marie Raaymakers, pastor of 25 villages in the Pyrénées-Orientales. Living in Olette, Jean-Marie is perhaps more a gardener who also conducts masses, then a pastor who also works in his garden, and much of the time we follow him, like a dog follows his boss, while he works in his splendid garden, talking and laughing and talking and laughing. We also follow him among his parishioners, conducting masses in the villages. And in the end we follow him on his decision to love his neighbor above his garden and his parishioners.