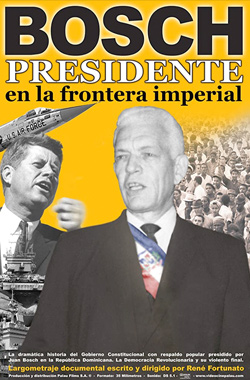 The documentary shows the main political and social events related to the constitutional presidency of Juan Bosch, in the Dominican Republic, which took place between February 27, 1963 and September 25, 1963. The military coup that deposed Bosch and the The foreign policy of the United States towards Latin America, during the presidency of John F. Kennedy, are the main aspects that the documentary develops.