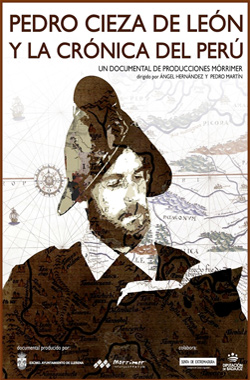 Pedro Cieza de León, a native of the Extremaduran town of Llerena and known as "Prince of the Chroniclers of the Indies", was the most prominent chronicler of the Inca Empire and of the conquest and colonization of South America by the Spanish. His extensive work, known as the Chronicle of Peru, has been a source of knowledge and inspiration for centuries for different disciplines. The first part of his work had great success and spread in Spain and Europe, and with it we were able to discover a world of unknown cultures, never-seen animals and wonderful plants such as potatoes, quinoa and corn. The documentary includes remarks from the Literature Nobel Prize and Premio Cervantes Mario Vargas Llosa and the professor and writer Luis Millones who is one of the top specialists on Pedro Cieza de Leon worldwide.