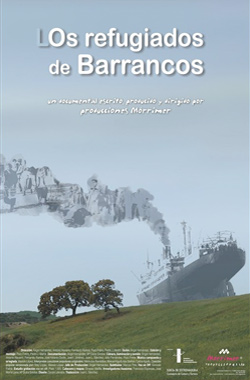 September 1936. The last republican towns located next to Portugal are conquered by General Franco's troops. As in Badajoz and other towns, the repression they unleash is brutal. The support of the Portuguese dictator Salazar to the coup plotters does not make it advisable to flee to Portugal, but for many it is their only way out. In this way, hundreds of people decide to cross the border closely pursued by the rebels. The usual procedure of the Portuguese authorities is to hand them over to their Francoist allies, who proceed to shoot them without delay. However, thanks to the humanitarian intervention of the Portuguese lieutenant António Augusto de Seixas, two refugee camps are created next to the town of Barrancos to house and protect this group of Spaniards.