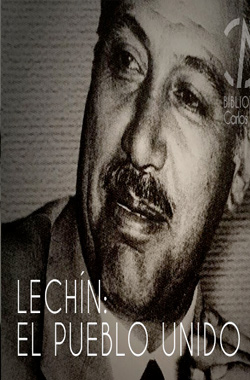 LECHÍN: El Pueblo Unido, The history of the Bolivian labor movement and that of its most important union leader and one of the greatest Latin American figures in the 20th century labor struggles. His work as Vice President of the Republic and later as executive secretary of the Central Obrera Boliviana.