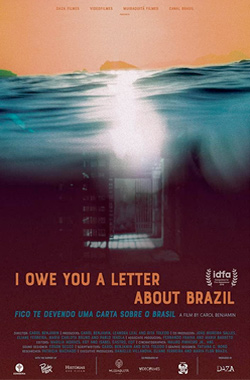 I owe you a letter about Brazil

Filmmaker Carol Benjamin’s father spent years in jail during the Brazilian military dictatorship. It drove her grandmother to become a human rights activist. What scars has this era left on their family and country, and why is nobody talking about it?