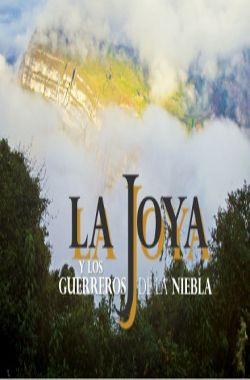 La Joya and the warriors in the mist

A people who lived on the brink of the abyss and buried their dead on sheer cliffs, defying all logic…

The Chachapoya culture flourished between 800 and 1500 AD in northern Peru, at an altitude of more than 3,000 meters. No one knows for sure whether the Chachapoyas came out of the jungles or the mountains, but they settled in a place that seems impossibly difficult to live in: the mountainous fringes of the Peruvian jungle.

An Explora Films team made up of specialists in high-risk film shoots, speleologists, mountain rescue experts, and archeologists has reached the depths of Chachapoya territory to study their habits and customs. This group of specialists has explored the funerary “chulpas,” or tombs, located on the sheer walls of the region’s towering cliffs.

The unimaginable constructions, enigmatic paintings and rock carvings, mummies that appear to communicate encrypted messages, and mysterious sarcophagi perched on rocky ledges have been examined by the archeologists on the expedition.

Looking for answers, this documentary shines a light on many of the unexplained mysteries hidden in the mountains and canyons of the Chachapoyas.