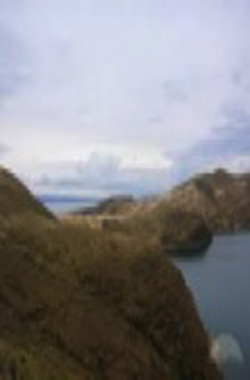 Tihuinaco and the sun island

400 years before Christ a civilization is born in the coasts of the Titicaca and reaches its period of apogee between the 300 and 700 A.C., constituting in the city of Tihuanaco a great religious and political center. We introduce in history crossing its ruins, the Archaeological Museum of Tihuanaco (La Paz) and arrived at the present in the most sacred place of the Andean civilization (Island of the Sun, Titicaca lake) where, maintaining its traditions, the Aymara town still conserves intact its cultural identity.