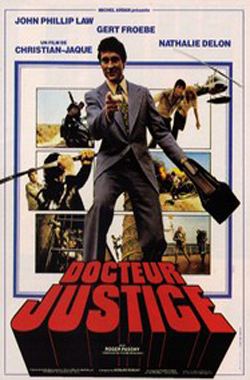 Dr. Benjamin Justice reaches Witches to participate in a medical conference. When preparing to leave the plane, a passenger is killed and before his death he points the doctor, who thus becomes the prime suspect.

Based on the comic by Raphael Marcello and Jean Ollivier. Co-production between France and Spain.