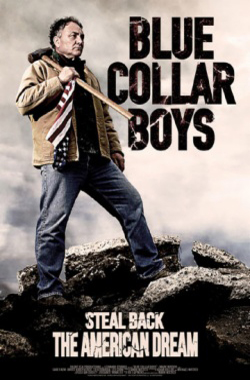 Tired of the daily grind, construction worker Charlie “Red” Redkin and his lifelong friends are fed up with the fight for money. When ruthless developer Gene and his greedy son Ira force the construction business run by Red’s father Senior into debt, desperation and rage twist into a relentless need for revenge. As the pressure of a foreclosure threatens his family’s home, Red and his friends are propelled into a life of crime to get cash fast. But when the deceit and corruption become too heavy a burden, “the boys” are pushed to the edge.

Warning: This movie may contain  strong language and violence. Viewer discretion is advised.