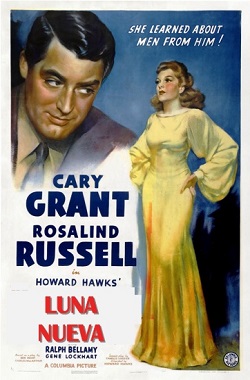 Wonderful and hilarious comedy by Howard Hawks, where Rosalind Russell plays Hildy Johnson, one of the best journalists of the main Chicago newspaper and ex-wife of Walter Burns (magnificent Cary Grant), editor of the aforementioned newspaper, who informs him that she is going to get married the next day with a young insurance salesman, and abandon his profession to pursue a home life. Faced with the possibility of losing both her beloved and her best reporter, Walter will try by all means to avoid it, through tricks such as involving her in the coverage of a last report.